What are the Cases of Damage to the Rail Surface?

When the contact shear stress caused by the contact stress is applied, the plastic flow deformation layer is deep, and the surface fatigue cracks develop obliquely and downwardly along the rheological direction. When the fatigue crack growth rate is greater than the wear, a small circle is formed on the inside of the rail top where the contact stress is greater Fish scale-like peeling cracks appear at the arc, and the depth of the peeling cracks corresponds to plastic deformation. Generally, it can reach more than 2mm at the outer radius of the small radius curve. Under the action of the sticky creep of the curved outer rail wheel rail, the crack development was promoted, and the fish scale cracks penetrated before and after the block appeared. Due to the unevenness of the track, the wheel / rail impact force was increased, and the crack development was accelerated. Inclusions will accelerate the initiation and development of cracks. 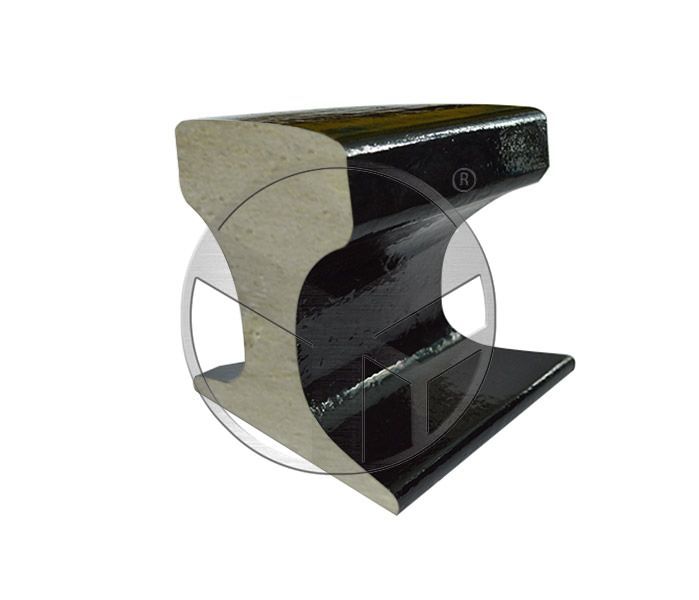 Nuclear damage originates from internal fatigue cracks within the range of 5-12mm below the rail head tread surface. Within this range is the area where the maximum contact shear stress is distributed. If oxide inclusions exist within this range, stripe fatigue will form. crack. After the transverse fatigue crack develops to a larger size, it may develop the transverse crack under the dynamic load of the wheel.

Wave grinding refers to the periodic wave-like deformation on the rail tread. There are many reasons for the formation of wave abrasion. It is generally believed that when the wheel runs on a curve, there is a "friction self-excited vibration" effect, which causes the wheel on one side to repeatedly adhere and slide. During the sliding process, the rail surface is plastically deformed and abraded, forming Wave troughs, crests appear during the adhesion process. The contact stress at the trough increases sharply, and the plastic fluidity deformation of the metal increases, which intensifies the development of wave wear.

The above are some of the situations that the rail surface damage caused by Steel Rail Supplier.

Previous: Are There Any Problems During the Use of Rails?

Next: What are the Ways to Strengthen the Rails?