What are the Ways to Strengthen the Rails?

Generally speaking, the heavier the Steel Rail, the less damaged the rail will be, and it will not be easy to bend and deform. According to this problem, there are two ways of strengthening.

2. Heat treatment of carbon steel, this method can also improve the strength and hardness of the rail, at the same time good toughness, saving alloy, suitable for mass production. The metallurgical industry production practice believes that if the steel type is not changed, it is difficult to greatly increase the strength only by heat treatment of carbon steel. Only by combining microalloy and heat treatment, the two can complement each other to obtain the higher strength, and high quality steel rails with corresponding toughness, hardness and weldability.

These two methods can greatly reduce the previous situation, and the use of rails will be more convenient. 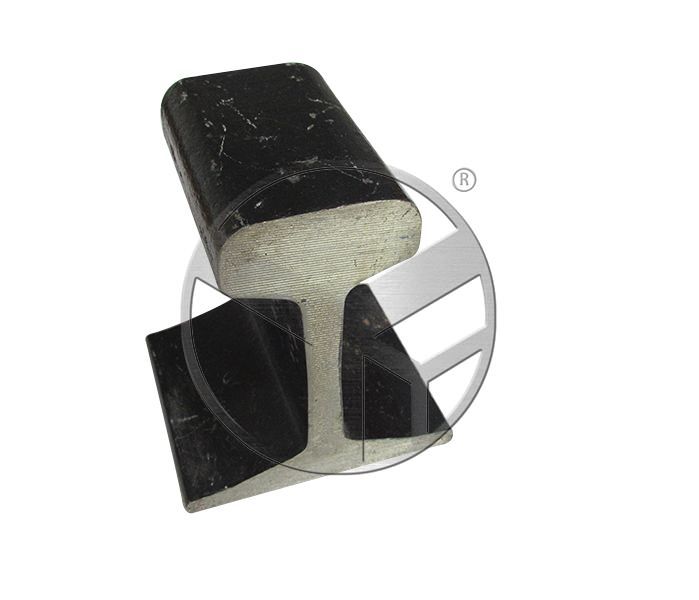 1. The most effective method for rail nuclear damage is to control the cooling of the steel material, to avoid small cracks caused by the escape of hydrogen inside the rail, and fundamentally eliminate the source of fatigue that causes nuclear damage. Despite various precautions, nuclear damage to new rails cannot be absolutely avoided. In order to ensure driving safety, regular rail flaw detection must be carried out in order to eliminate hidden dangers in time and avoid major driving accidents.

2. When used as a solution to the problem, the side of the curved rail can be oiled or a special alloy rail with high wear resistance can be laid on a small radius curve.

3. To reduce the wear of curved rails, the main measure is to improve the design of the bogies of rolling stock to improve the interaction conditions between wheels and rails and reduce friction between them.

4. Always check the rails and take measures at any time to find the situation to eliminate hidden dangers.

The rail is to guide the wheels of the vehicle forward and to withstand the huge pressure of the wheel. The rail must provide a continuous, smooth and minimal rolling surface for the wheel. Rails are often subject to wear during use, so how to reduce rail contact fatigue damage? Steel Crane Rail Manufacturer will take you through the contact fatigue damage of steel rails.

The rail contact fatigue damage can be roughly divided into three stages:

2. The contact fatigue of rail joints is caused by insufficient metal contact fatigue strength. When the point of maximum shear stress exceeds the shear yield limit, this point will become a plastic region.

Previous: What are the Cases of Damage to the Rail Surface?

Next: Production Process of Steel Rail