I-beam and H-beam: Differences and Applications

People often ask how to choose between I-beam and H-beam, which are similar in shape, in practical use. Many people who have been engaged in the construction industry for many years cannot explain it in detail. Many people think that I-beam is the domestic name and H-beam is the foreign name, in fact, this perception is wrong, H-beam and I-beam are different from each other in terms of shape.

As the name shows, I-beam is a kind of "I" shaped section steel, the inner surface of the upper and lower flange has an inclination, generally 1:6, which makes the flange thin outside and thick inside, thus causing a huge difference in the cross-sectional characteristics of I-beam in the two main planes, and it is difficult to play the strength characteristics in the application just now. Although thickened I-beams have also appeared on the I-beam market, the structure of I-beams has determined its torsional performance shortcomings.

H-beam is a widely used profile in steel construction today, and it has many differences compared with I-beam. The cross-sectional characteristics of H-beam are significantly better than those of traditional I-beam, channel and angle steel. The two outer edges of H-beam have no slope on the inside and are flat and straight. This makes the welding and splicing of H-beams easier than I-beams, and the mechanical properties per unit weight are better, saving a lot of material and construction time.

I-beam cross-section is subjected to good straight pressure and is tensile, but the cross-section size is too narrow due to the wing plate and cannot resist twisting. h-beam is the opposite, both have their advantages and disadvantages.

1, I-beam, whether ordinary or light, because its cross-sectional size is relatively high, narrow, so the difference between the moment of inertia of the two main sleeves of the cross-section is large, so it can generally only be used directly in the plane of its web bending members or the composition of the lattice force members. For axial compression members or in the perpendicular to the web plane and bending members are not suitable, which makes its application range has great limitations.

2, H-shaped steel is a highly efficient economic cutting surface profiles (other cold-formed thin-walled sections, compression steel plates, etc.), due to the reasonable shape of the cross-section, they can make the steel more high performance, improve the ability to cut. Unlike ordinary I-beams, the flanges of H-beams are widened and the inner and outer surfaces are usually parallel, so that they can be easily connected with other members by high-strength bolts. Its size constitutes a reasonable series, and the model is complete, so it is easy to design and select.

3、The flange of H-beam is of equal thickness, with rolled section and combined section made of 3 plates welded together. I-beam is rolled section, and the inner edge of the flange has 1:10 slope due to poor production process. the rolling process and equipment of H-beam are more complicated than ordinary rolling mill.

4. the edge length of I-beam is small and the height is large, so it can only withstand the force in one direction.

5. H-beams have deep grooves and large thickness, and can withstand forces in two directions.

6. With the development of steel structure building needs, only I-beam is not possible, that is, thickened I-beam, used for load-bearing column is easy to destabilize. 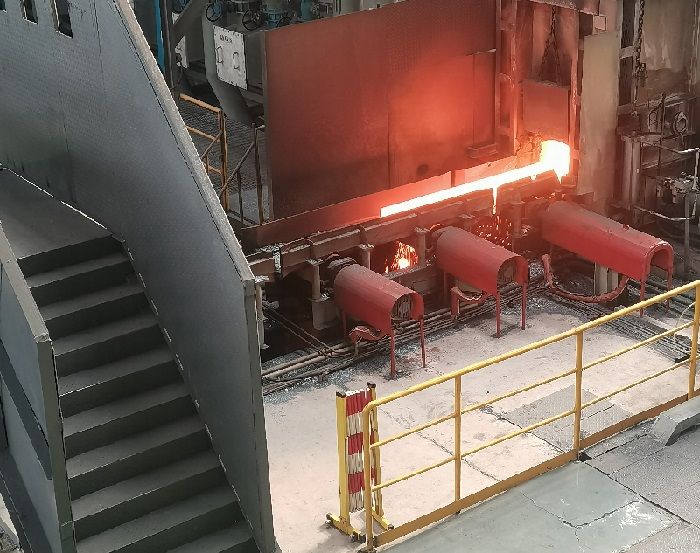 Previous: The History of China's Railways at A Glance

Next: Application Characteristics of I Beam