Light rail knowledge is a rail with a nominal weight of less than or equal to 30 kg per meter. The quality requirements of light rails are low, and only the chemical composition, tensile strength, hardness and drop weight test are required. Main use: Light rail is mainly used for laying temporary transportation lines and light locomotive lines in forest areas, mining areas, factories and construction sites. 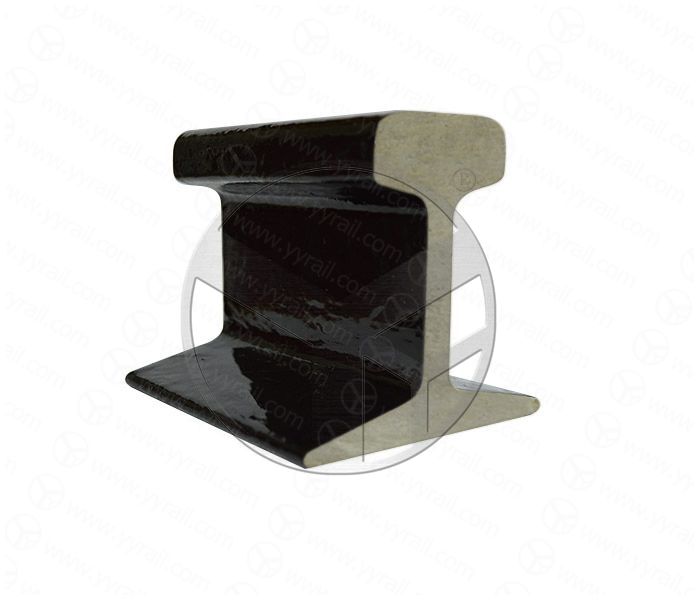 The quenching rail has higher requirements on the purity of the material than the ordinary Steel Track. If the purity of the rail is not improved, the advantages of heavy rail and strengthening and toughening of the rail can not be better, so the material is pure and heavy. basis. For example, the presence of non-metallic inclusions in the rails and the presence of weak metal rails are the root causes of fatigue damage to the rails. Nuclear fatigue is formed around these fatigue sources, posing a threat to traffic.

Light rails are required to classify rail damage for statistical and analytical rail damage. According to the position of the damage on the rail section, the appearance of the damage and the cause of the damage, it is divided into nine types of 32 kinds of injuries, which are classified by two digits. The ten digits indicate the location and state of the damage, and the single digit indicates that The cause of the injury. Rail breakage refers to one of the following situations: the full section of the rail is broken into at least two parts; the crack has penetrated the entire rail head section or the rail bottom section; the top surface of the rail has a block that is longer than 50 mm and deeper than 10 mm. Rail breakage directly threatens the safety of the train and should be replaced in time. Rail cracking means that apart from the breakage of the rail, the material of the rail part is separated and cracks are formed. There are many types of rail damage, such as abrasion, peeling and rail head nuclear damage, and rail bolt hole cracks. The 43kg Heavy Rail Manufacturer below introduces several common rail injuries.

Side wear occurs on the outer strand of the small radius curve and is one of the main types of damage on the curve. When the train runs on the curve, the friction and sliding of the wheel rail is the root cause of the side rail grinding. When the train passes the small radius curve, there will usually be two points of contact between the wheel and the rail, and the side grinding occurs greatly. The size of the side grinding can be expressed by the product of the guiding force and the impact angle, that is, the wear factor. Improve the conditions of the train passing curve, such as the use of wear-type wheel treads, the use of radial bogies, etc. will reduce the rate of side grinding. From the perspective of engineering, the material of the rail should be improved, and wear-resistant rails should be used. For example, the high-hard-earth rail has a wear resistance of about 2 times that of a common rail and a quenching rail of more than 1 time. At the same time, it should also pay attention to strengthen maintenance and repair, set the appropriate gauge, the outer rail is extremely high and the rail bottom slope, increase the flexibility of the line, and apply oil on the side of the rail to reduce the side wear effect.

Next: Do You Know The Definition Of Heavy Rail?