Do You Know The Definition Of Heavy Rail?

Heavy rail, that is, heavy-duty track, is different from light rail. It is the orbit of heavy-weight vehicles. It is not the weight of the single-track track itself, but it is also related. Because the track of a heavy-weight vehicle is to bear a large vehicle weight, the rail is relatively heavy and the specification of the track is relatively high. The 43kg Heavy Rail Manufacturer below will take you to understand the heavy rail. 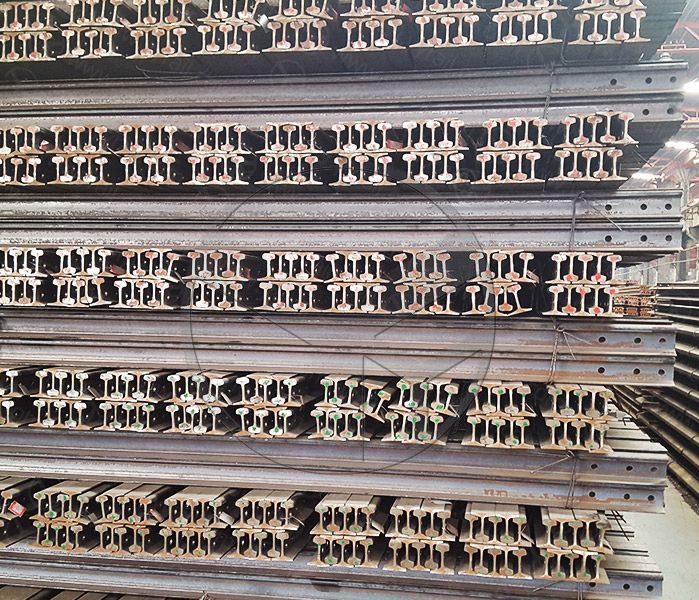 Track system: The weight of vehicles is divided into light rail and heavy rail. The track width is divided into wide rail, standard rail, narrow rail (including meter rail and inch rail), and the application range of heavy rail is mainly national standard inter-regional railway (including high-speed railway, heavy-duty railway), inter-city railway, city area. Railways, as well as subways in urban rail transit, are all heavy railroads. Rail weight rail specifications are expressed in net kilograms per meter length. Steel Track with a nominal weight of more than 60 kg per meter belong to the heavy rail, and the heavy rail is divided into two types: general rail and crane rail. General rails refer to the laying of railway trunk lines, special lines, corners and tunnel rails. Among them, the standard rail length is 25 meters and 50 meters or 500 meters high-speed iron continuous welding, laying curved curve rails, the length is slightly shorter, there are 24.96 meters, 50.92 meters, etc., the high-speed rail is generally 500 meters in length, the general rail specifications are 60, 75 , 100 (kg / m). The heavy rail is larger than the light rail section and can withstand more force. The early mainline railways, as well as the 78 kg rails, now use 60 kg and 75 kg.

Heavy duty rails are rolled from carbon killed steel smelted in open hearth furnaces and oxygen converters. Its purpose is to withstand the working pressure and impact load of rolling stock. Due to the large amount of use, it is necessary to import some railway and railway accessories according to the physical and chemical properties required by Chinese technical standards and relevant foreign standard methods.

Side wear occurs on the outer chain of the small radius curve and is one of the main types of damage on the curve. When the train is driving on a curve, the friction and sliding of the wheel rail is the root cause of the side rail grinding. When the train passes a small radius curve, there are usually two points of contact between the wheel and the track, and there is more side grinding. The size of the side grinding can be expressed by the product of the guiding force and the impact angle, that is, the wear coefficient. Improving the conditions of the train passing curve, such as the use of worn wheel treads, the use of radial bogies, etc. will reduce the speed of side grinding.

The above is the information about the heavy rail introduced by the steel hanging rail manufacturer, I hope to help everyone. In addition, if you are interested in rails, you can contact us. We are the largest rail manufacturer and supplier in China. Our annual production capacity is 2.2 million tons of steel. The main products are light rail, heavy rail, crane rail, Angle Bar, industrial and mining I-beam, U-shaped arched steel, high-strength hot-rolled flat steel for automobiles, track fasteners, etc. These products are widely used in railways, ports, mining. Industry and tunnel industry, I believe that our products will make you satisfied, what are you waiting for, contact us quickly.

Next: What Is Rail Wear?