The role of Heavy Rails is to directly bear the weight of the train and the load transmitted by the wheels, and guide the direction of the train. Such a huge pressure first fell on the shoulders of the railroad tracks. It can be seen that the steel rail must have sufficient strength, stability and wear resistance.

The type and strength of rails are expressed in kilograms per meter. The heavier the mass of each meter of rail, the greater the load it bears. The rail weight of the world's first railway was 18 kg/m, and the heaviest rail in the United States was 77 kg/m. Generally speaking, in order to improve the passing capacity of the line, the railway industry is gradually phasing out small-weight rails, and the main lines are generally laid with heavy-duty rails of 60 kg/m or 75 kg/m.

We are a China standard heavy steel rail manufacturer, supplying all kinds of rails, such as 8kg rails. Welcome to contact us! 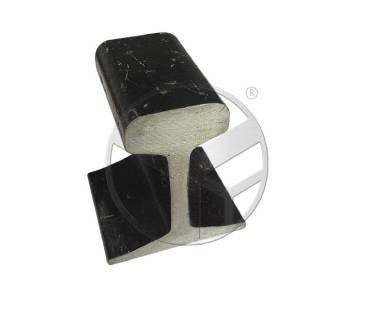 Previous: Do You Know The Railway Fish Plate?