Heavy Steal Rail is a heavy rail, which is different from light rail. It is a track run by heavy vehicles. It is not the weight of the track itself. The requirements are relatively high. Because heavy-duty vehicles run on heavy rails, the rails are heavier and the specifications of the rails are higher. The heavy rail has a larger cross section than the light rail and can withstand greater forces. 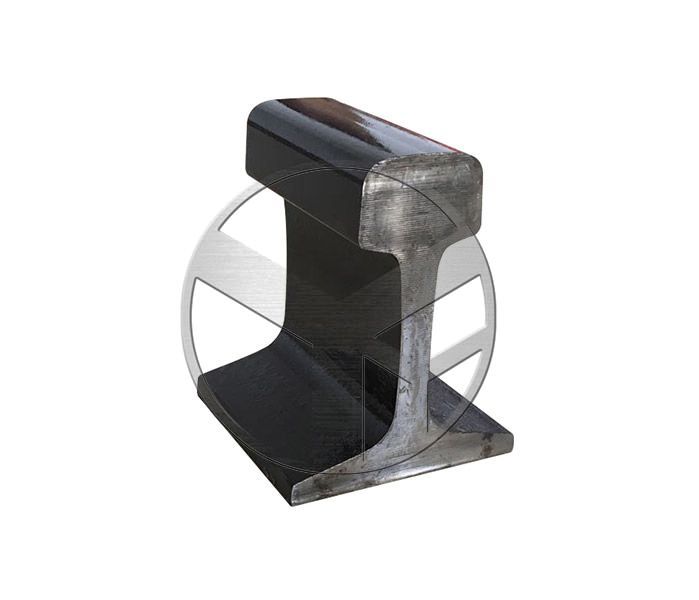 In order to facilitate the statistical analysis and analysis of railway damage, it is necessary to classify railway damage. According to the damage position of the track part, the occurrence of the damage and the cause of the damage, it is divided into 32 types of 9 types of injuries and divided into double digits. Ten digits indicate the location and status of the damage, and a single number indicates the cause of the damage. Side wear occurs on the outer chain of the small radius curve and is one of the main types of damage on the curve. When a train runs on a curve, the friction and slip of the wheel and rail are the root causes of side rail grinding. When a train passes a small radius curve, there are usually two points of contact between the wheels and the track, and there is more side grinding. The size of the side grinding can be expressed by the product of the guiding force and the impact angle, that is, the wear coefficient. Improve the conditions of the train's passing curve, such as the use of worn wheel treads, the use of radial bogies, etc. will reduce the speed of side grinding.

The role of heavy rail is to directly bear the weight of the train and its load transmitted by the wheels, and guide the train's running direction. Such a huge pressure first falls on the shoulders of the rail. It can be seen that the rail must have sufficient strength, stability and wear resistance. The I-shaped cross section of the rail is composed of the rail head, rail waist and rail bottom. This seemingly simple I-beam has good strength, saves material, and has the best bending resistance.

Theoretically, the longer the length of the rail, the better, which not only reduces the impact and wear of the joint, but also reduces the labor intensity of laying. However, due to production and transportation constraints, China's current standard rail lengths are only 12.5m and 25m. However, railway employees have adopted the method of welding standard length rails to long rails and "seamless" rails at the construction site to reduce joints and make the line smoother. This is because the rails of high-speed railways all use "seamless rails", which means that there are no gaps between the rails, and the train runs more smoothly and safely. Trains, trains, and high-speed rails are all the means of transportation commonly used for travel. Attentive friends must have found that many steel rails are rusty. In fact, this is a characteristic of the rail itself. When it leaves the factory, it is rusty. The friction of the train running on it will cause the worn rail surface to become shiny. The rails of high-speed rail, trains and most trains are made of high-manganese steel. High-manganese steel has high hardness and wear resistance. Even if its rust and wear are replaced, it is still a good material for other industries. The high-speed rail's seamless rails require workers to cut them down and weld them up again. The replaced steel rails can be sawn again, made into guard rails, fasteners, etc., and returned to the railway.

The above is the introduction of 43kg Heavy Rail Manufacturer, I hope to help everyone.

Next: Main Reasons For Rail Replacement