What Is the Classification of Railroad Fishtail Plate

Railroad fishtail plates, also known as rail joints or joint bars. As one of the rail components, the function of rail joint is different from other rail components. A rail joint is a flat metal plate that is usually used to connect two adjacent rails by a number of rail bolts or railroad spikes.

Depending on the application, rail joints can be divided into various types. 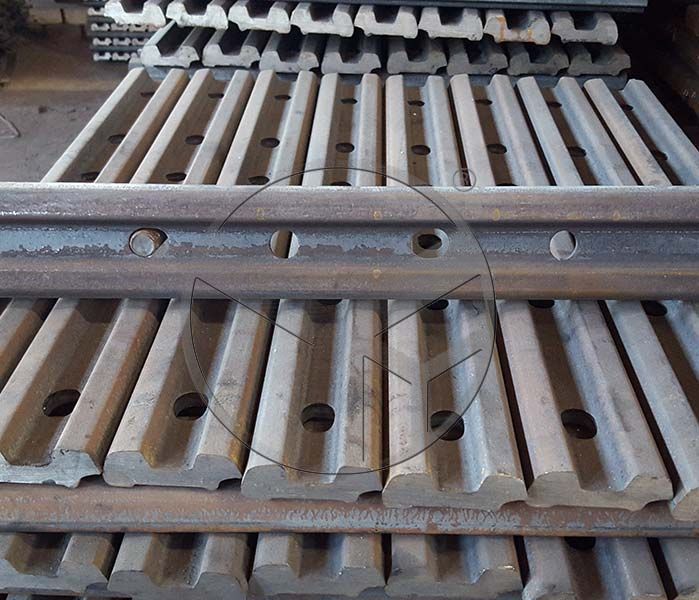 First, the use of supporting fishtail bolts can improve the performance of the railway fishtail plate.

Secondly, you can tighten the connecting rod cover hard with a wrench.

Also, secondary maintenance is carried out every 1200km of operation. When maintaining the railway fishtail plate, you should remove the engine oil sump, check the use of engine bearings, and the gap should be replaced immediately if it is too large.

Finally, in the daily operation, should pay attention to the running instability or abnormal noise, and timely inspection.

As the biggest steel rail manufacturer and supplier in china, the annual production capacity of YONGYANG is 2200000 tons section steel. The main products are light steel rail, heavy steel rail, crane steel rails, I-Beam for mining, U-shaped arch steel and high-strength hot-rolled flat steel for automobile, rail fasteners.etc. Please contact us by email if you need the quotes, we'd be happy to help you.

Previous: What Are Some Materials of Rail Clamp Plates

Next: Winter Maintenance of Railways and Tracks