Reasons For Laying Gravel Under The Rail

I don’t know if you were curious about the gravel under the rails when you were a child. Maybe you don’t even know the truth even now, so let’s reveal the secret today. 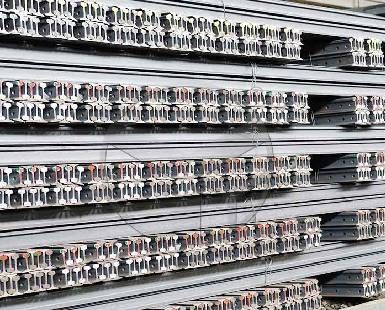 At the same time, the weather conditions such as heavy rain or insolation will have an impact. Thermal expansion and contraction will also deform the sleepers, and ground vibrations will also change the position of the train railway. Therefore, it is not easy to maintain the stability of the railway.

In addition, the friction between the two trains will cause huge noise when the train is running on the rail joints. The impact caused by the train rail and the rail seam damages the wheels greatly, which directly shortens the use of the rail.

Later, people began to improve the rails, laying stones under the rails. In fact, the professional name of other people is called "carrying", and it can also be called "railcarting".

The train railway needs to build the foundation of the load first, then lay the sleepers, and finally install the rails. The ballast fills in the gaps between the sleepers and the rails, and then becomes a solid foundation to ensure the stability of the railway.

These stones seem to be very ordinary in appearance, but their use is critical: although there are rows of sleepers under the rails, they are still too narrow. The role of the stones is to widen the roadbed, so that the gravity from the rails can be evenly distributed to the ground. , So that the stratum is not easy to sink and cause distortion of the railway. Due to the relative movement between the small stones, the deformation caused by thermal expansion and contraction can be buffered to prevent the serious consequences of deviating from the track, and the safety factor of the train travel is improved in the track gap. Can play a buffering role, reduce the ground vibration generated when the train passes, and thus protect the roadbed. If there are no stones, the train will run very unevenly, shake it seriously, and it will be impossible to have a higher speed. When bad weather comes, these stones can also protect the rails from shifting, making railway transportation safe. Absorb noise and reduce noise pollution. Conducive to drainage in rainy days, and stop the growth of wild grass by the way.

Our company is a Railway Baseplate Wholesaler if you want to buy Railway Accessories, please contact us.

Next: QU120 rail exported to Vietnam