How to transport the Rails produced? There are usually two ways.

The long rail transport vehicle is a special transport vehicle manufactured for long rail railway transportation. Since its production, there have been T11, T11A, T11B, T11BK and other products. The T11 was first put into use in the Beijing Railway Bureau in 1988. Used, after improved design, it became T11A type. The T11B type is based on the T11A type by partially improving the design of the train group and adding an operating vehicle. The T11BK model is based on previous generations of models, with comprehensive improvements in the car body structure and on-board facilities, and adopts K2 bogies and other technologies.

With the large-scale construction of high-speed railways and passenger dedicated lines in my country, the problem of insufficient capacity for long rail transport vehicles has become very prominent. Therefore, starting from 2002, organized by the Ministry of Railways, and with the unremitting efforts of the scientific research personnel of the Chinese Academy of Railway Sciences, finally developed the long rail ordinary flat car continuous transport technology, and successively formulated a series of long rail ordinary cars such as 50m, 100m, and 500m. Flat car transportation and loading reinforcement program. 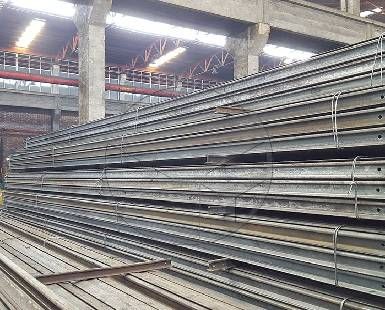 Ordinary flat-cars can effectively use vehicle resources for continuous transportation, and after the completion of the railway passenger dedicated line, ordinary flat-cars can still be restored, which solves the problem that special vehicles are difficult to reuse. It avoids the waste of transportation capacity and makes an important contribution to the construction of high-speed railways and passenger dedicated lines.

The United States and other countries have studied China's Railway Rail and are well aware of the influence of Chinese rails on the entire railway technology. Today's China already has the world's largest high-speed railway network with the highest operating speed, which has won the world's recognition and far surpassed the foreign technology once introduced.

Next: Introduction to Rails and Breaking Standards