The type of Heavy Steel Rail is expressed in kilograms of mass per meter of rail. There are several types of steel rails used in China's railways, such as 75kg / m, 60kg / m, 50kg / m, 43kg / m, and 38kg / m. The cross-sectional shape of the rail adopts an I-shaped cross-section with the best bending resistance performance, which is composed of a rail head, a rail waist and a rail bottom. In order to make the rail better withstand the forces from all aspects and ensure the necessary strength conditions, the rail should have sufficient height, its head and bottom should have sufficient area and height, and the waist and bottom should not be too thin. Among the above types of rails, production of 38kg / m rails has been stopped, 60kg / m, 50kg / m rails are laid on main trunk lines, and 43kg / m rails are generally laid on station lines and special lines. For heavy-load railways and railways in particularly busy sections, 75kg / m steel rails are laid. In addition, in order to meet the needs of turnouts, extra-large bridges, and seamless rails, China's railways also use special section (asymmetric I-shaped) rails. 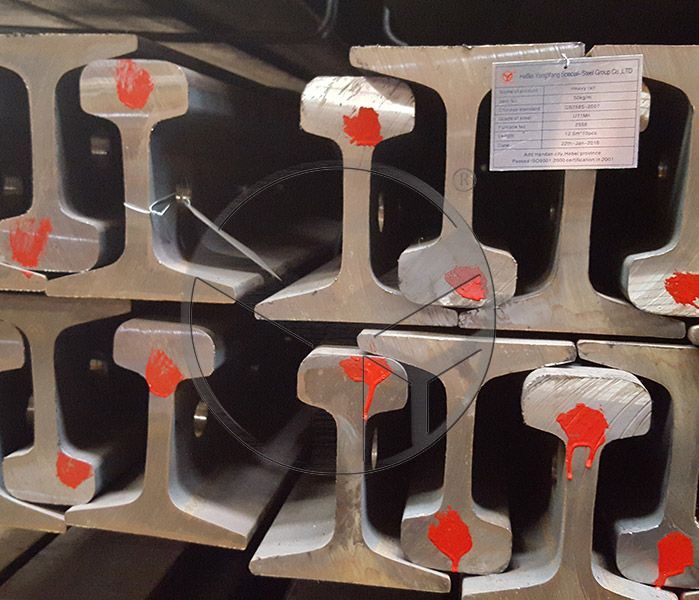 At present, many special low-profile steel rails are used, referred to as AT rails. Rail damage refers to the damage that occurs during the use of the rail, such as breaking, cracking, and other factors that affect and limit the performance of the rail. In order to facilitate the statistics and analysis of rail damage, the rail damage needs to be classified. According to the position of the damage on the rail section, the appearance of the damage, and the cause of the damage, it is divided into nine categories and 32 types of damage, which are classified by two-digit numbers. The ten-digit number indicates the location and state of the damage, and the single-digit number indicates the cause Cause of injury. The specific content of rail damage classification can be found in "Railway Engineering Technical Manual (Track)". Rail fracture refers to one of the following situations: the rail's full section is broken into at least two parts; the crack has penetrated the entire rail head section or rail bottom section; the top surface of the rail has falling pieces longer than 50mm and deeper than 10mm. Rail breakage directly threatens driving safety and should be replaced in a timely manner. Rail cracks mean that apart from the fracture of the rail, part of the rail material is separated and cracks are formed. There are many types of rail damage, and common wear and tear, stripping, nuclear damage to the rail head, and cracks in the bolt holes of the rail waist are common. The following describes several common rail damage situations.

The above is the importance of heavy rail maintenance introduced by Steel Rail Supplier. Hope to help you.

Next: Wave-shaped Wear Of Crane Rails