If you have any idea about Gb Standard Steel Rail, welcome to contact us and discuss.

The characteristics of the fire of passenger trains: easy to cause casualties; easy to form a fire dragon; easy to cause rapid spread before and after; easy to produce toxic gases. 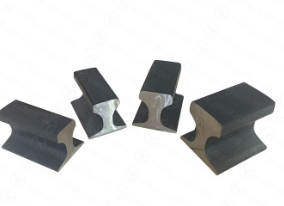 One uses the front and rear doors of the carriage to escape. Each passenger train has a pedestrian passage of about 20 meters in length and about 80 centimeters in width. There are manual doors or automatic doors leading to adjacent cars at both ends of the carriage. When a fire occurs in a certain compartment, these passages are The main escape route used by trapped people. In the event of a fire, trapped personnel should use the passages at both ends of the carriage as soon as possible to escape the scene of the fire in an orderly manner.

Second, use the window of the carriage to escape. The windows in the passenger train compartment are typically 70 x 60 cm and are double glazed. When the fire in the train compartment is not large, the train crew should tell the passengers not to open the doors and windows of the train, so as to avoid a large amount of fresh air entering, and accelerate the expansion of the fire. When the fire in the train is large, the trapped person can use the hard objects to smash the window glass and try to break the window to escape.

Three evacuated personnel escaped. In the event of a fire in the passenger train in operation, the train crew will guide the trapped personnel to escape the fire through the interconnection passages of each compartment, and also quickly pull down the emergency brake to stop the train and organize the manpower to quickly open the door and the vehicle. The windows are all open to help evacuated trapped people who have not escaped from the car.

Four evacuation cars escape. Passenger trains may cause fire when they are on the road or during parking. When threatening adjacent cars, they should take the method of picking hooks to evacuate the unfired cars. The specific method is as follows: When the front or middle car is on fire, first stop and remove the train car and the rear. The connection hook between the unfired cars, the locomotive traction forwards for a certain distance and then stops, picks up the hook between the train car and the front car, and then pulls the car to a safe zone. When the rear compartment is on fire, after the parking, the hook connecting the train compartment and the untrained train compartment is first removed, and then the unfired compartment is pulled to a safe zone by the locomotive. When evacuating the carriage by means of picking up the hook, it should be chosen to be carried out on a flat road. For roads where slipping is likely to occur, hard objects can be used to prevent the car from slipping.

If you are interested in High Quality Steel Rail, please inform us sales@yyrail.com.

Previous: What Are The Performance Characteristics Of The Gauge?