If you have any idea about Panama Hat, welcome to contact us and discuss.

Points (switch rails or point blades) are the movable rails which guide the wheels towards either the straight or the diverging track. They are tapered on most switches, but on stub switches, they have square ends. In ordinary conversation, it is common to use the word “switch” when referring to a “turnout,” which is technically incorrect. 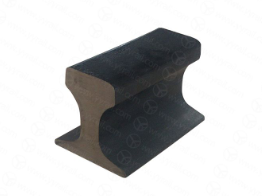 Stock rails are the running rails immediately alongside the switch rails against which the switch rails lay when in the closed position. The stock rails are otherwise ordinary rails that are machined, drilled, and bent as required to suit the design of the railway turnout switch and the individual switch point rails.

Frog is a component placed where one rail crosses another, refers to the crossing point of two rails. The rest of the English-speaking world calls such units by the more obvious term “crossings.”

Closure rails are the straight or curved rails that are positioned in between the heel of the switch and the toe of frog.

Guard rail (check rail) is a short piece of rail placed alongside the main (stock) rail opposite the frog. These exist to ensure that the wheels follow the appropriate flangeway through the frog and that the train does not derail.

Heel block assemblies are units placed at the heel of the switch that provides a splice with the contiguous closure rail and a location for the switch point rail to pivot at a fixed spread distance from the stock rail.

Next: The Most Significant Highlights Of Railroad Turnouts